The emerald and diamond “Beaumont Necklace” fetched nearly $3.6 million at Sotheby’s Geneva Magnificent Jewels and Noble Jewels sale. The price, within estimates, was more than double the $1.1 million it achieved when it last appeared at auction in 1994.

It was created in the 1930s for Hélène Beaumont (1894 – 1988), an American socialite and close friend of the Duchess of Windsor. It consists of a graduated row of 11 sugarloaf cabochon Colombian emeralds ranging in weight from 3.57 carats to 18.09 carats. The gemstones are combined with geometric diamonds in an Art Deco design, “placing this jewel among the very finest examples of 20th-Century jewelry,” Sotheby’s said in a statement.

Although it is unsigned, Sotheby’s says the design, craftsmanship and use of materials suggests that it was made by Van Cleef & Arpels, as were many other pieces in Beaumont’s collection. It’s a transformable jewel as the central emerald and diamond sections of the necklace can be detached and worn as bracelets.

In addition to the Beaumont Necklace, a Fabergé diamond tiara sold for $434,346, well above its $300,000 estimate. The tiara was made for the wedding of the last Crown Princess of Prussia, Duchess Cecilie von Mecklenburg-Schwerin (1886-1954), on the occasion of her wedding to Crown Prince Wilhelm (1882-1951), son of Kaiser Wilhelm II, in Berlin in June 1905.

Sotheby’s says that these two sales as well as others in the auction held Tuesday along with the results achieved by the Bourbon Parma collection in November, 2018 – which set a new auction record for antique jewels – “confirms (the) universal appeal of pieces with prestigious provenance.”

“Tonight we saw the enduring appeal of outstanding Art Deco jewelry. The Beaumont necklace is ‘the Chrysler building of jewelry,’ instantly recognizable as an Art Deco masterpiece, and in my opinion, the greatest emerald and diamond necklace of the period,” said David Bennett, Sotheby’s worldwide jewelry chairman, who led the sale of the necklace 25 years ago. “This landmark result tonight is a further testament to its absolute and timeless beauty.”

The auction which was distinguished by the number of signed pieces, which totaled half of the 437 lots. The sale brought a combined total of more than $42 million, with almost 77% of the lots sold and close to 60% of them achieving prices above their high estimate, the auction house said.

The Beaumont Necklace was the number two lot of the sale. 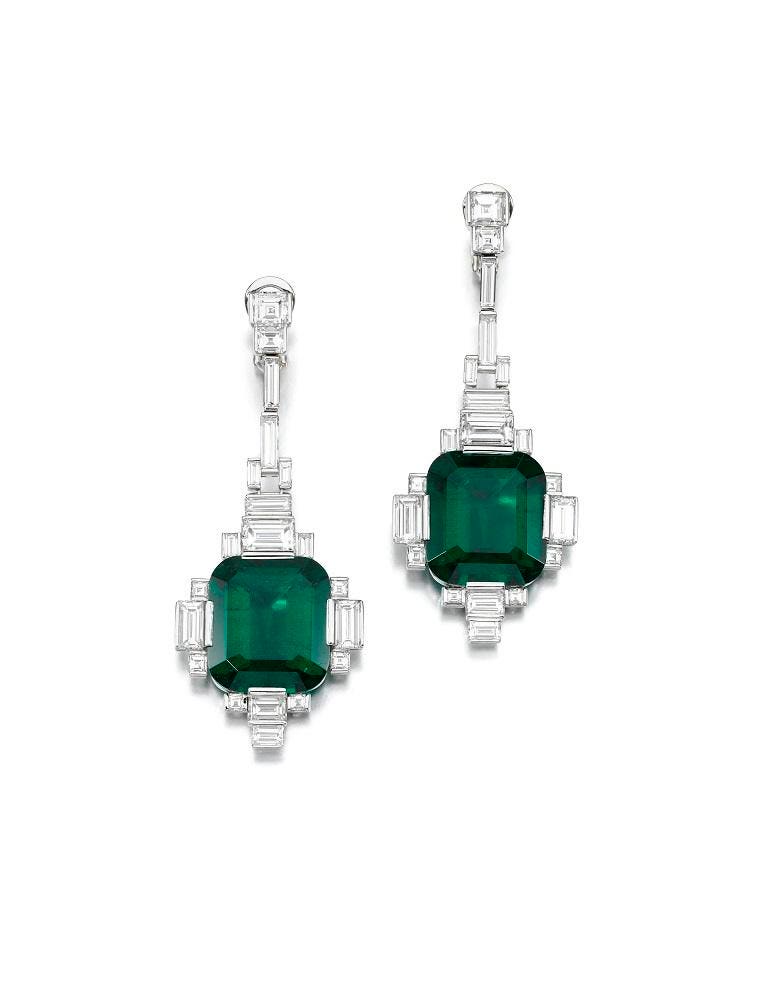 There were a number of strong results for Art Deco jewels. For example, Art Deco style earrings set with cushion-shaped Colombian emeralds weighing 17.01 and 17.71 carats sold for $972,934, within estimates. A 1933 Cartier coral and diamond bangle fetched $148,918, more than double its high estimate of $60,000. They were purchased by Graff

Other highlights in the sale included: 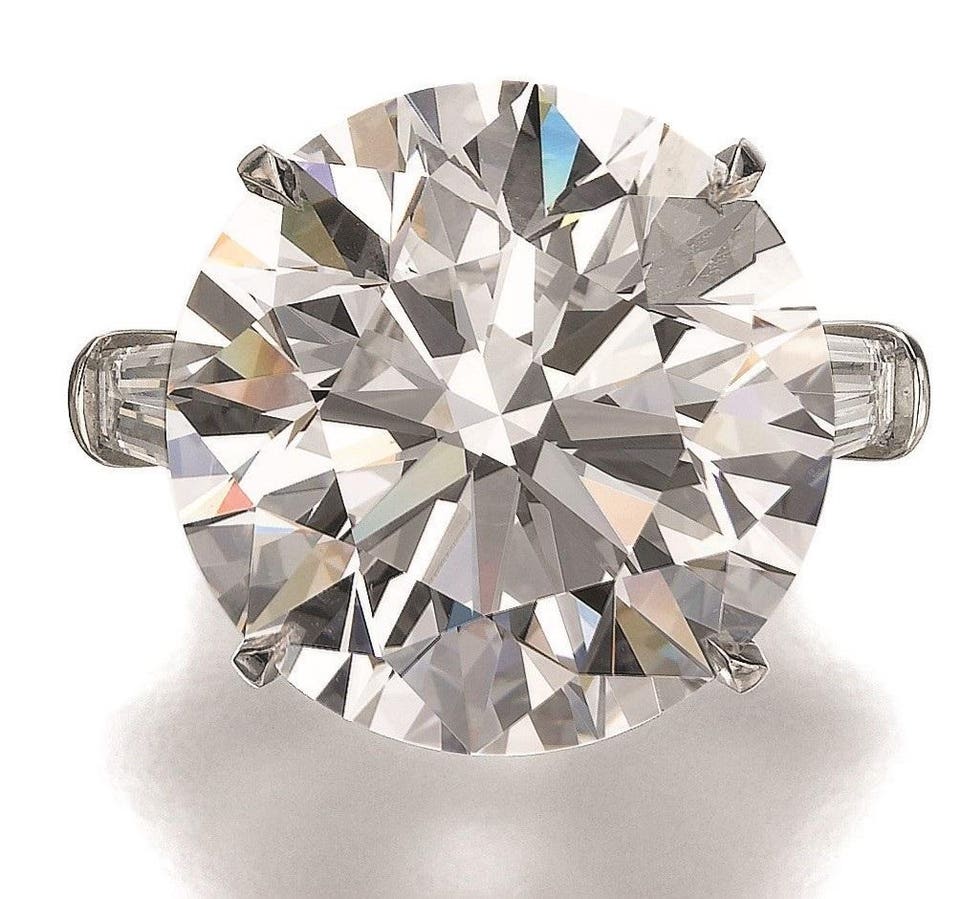 * A 36.57-carat, D-color brilliant-cut diamond with VVS1 clarity set on ring that sold for just over $5 million, within estimates. It was the top lot in the sale. 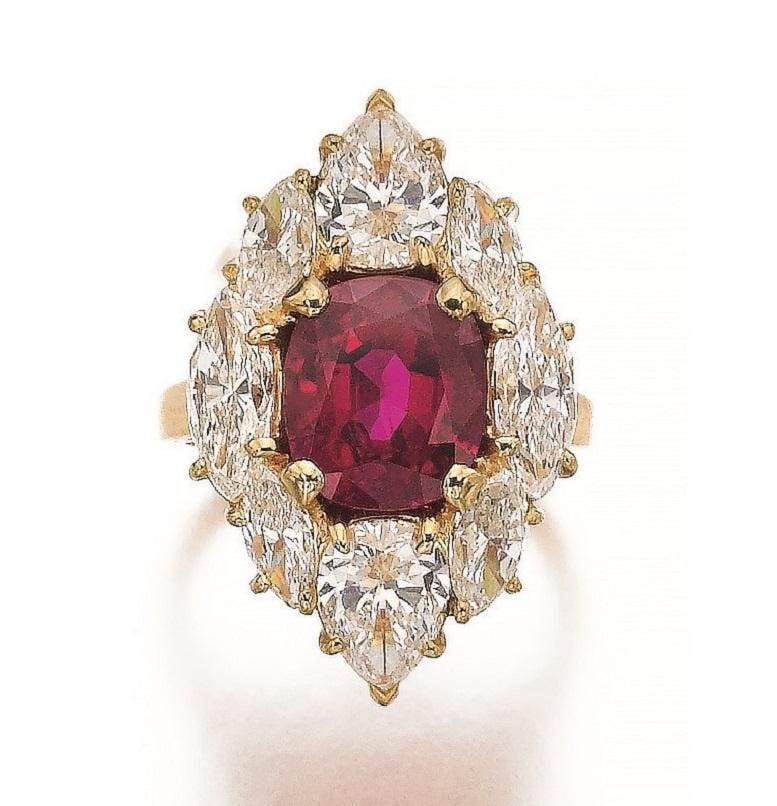 * A diamond ring by Bulgari set with a 5.14-carat Burmese ruby sold for more than $1.6 million, above its high estimate. 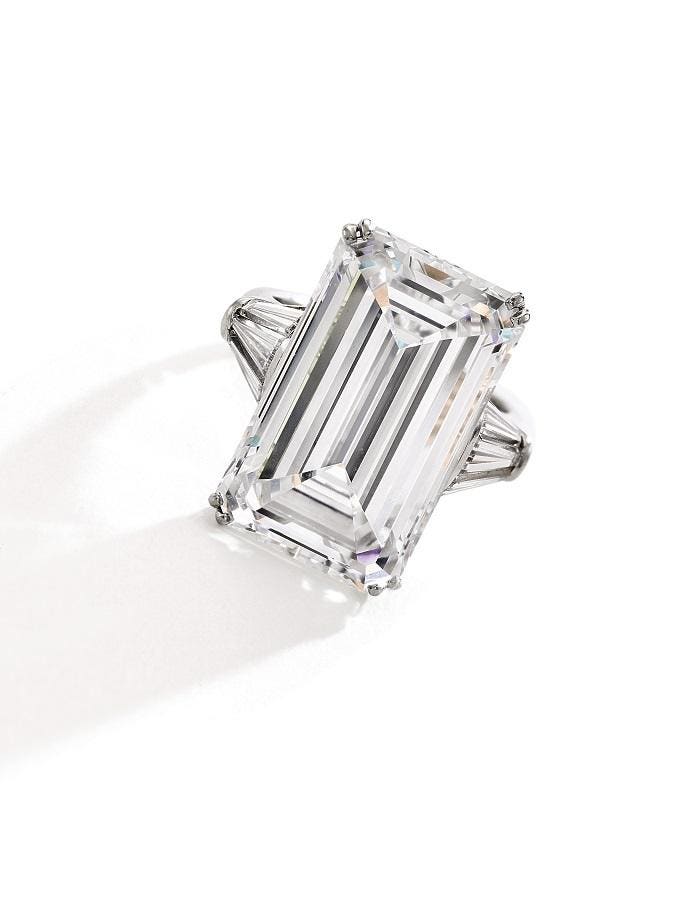 * A pair of diamond earrings, each set with a cushion-shaped diamond weighing 33.25 and 33.88 carats sold for more than $1.3 million, within estimates.

* A ring from a “noble collection” featuring an 11.55 carats Colombian emerald realized $687,011, within estimates.

* A necklace by Janesich with delicately carved emeralds depicting bunches of grapes and leaves, circa 1920, sold for $310,247, within estimates.