Among the cluster of jewelry shows that invade Las Vegas at the end of May and early June, in many ways The Couture Show has grown to become the premier event—particularly when it comes to jewelry design.

A significant reason for this is the Couture Design Awards, which celebrates and honors the best new jewelry designs and high-quality craftsmanship at the show. It has grown to become one of the top awards programs in the jewelry industry for designers.

This year’s awards were presented in 15 categories on June 1 along with special tribute recognition and a tongue-in-cheek honor. The awards were held this year in a jam-packed Encore Ballroom, a move from the Encore Theater of previous years. It didn’t matter where it was located as the 90-minute awards presentation showed that Couture is a community as much as it is a tradeshow. 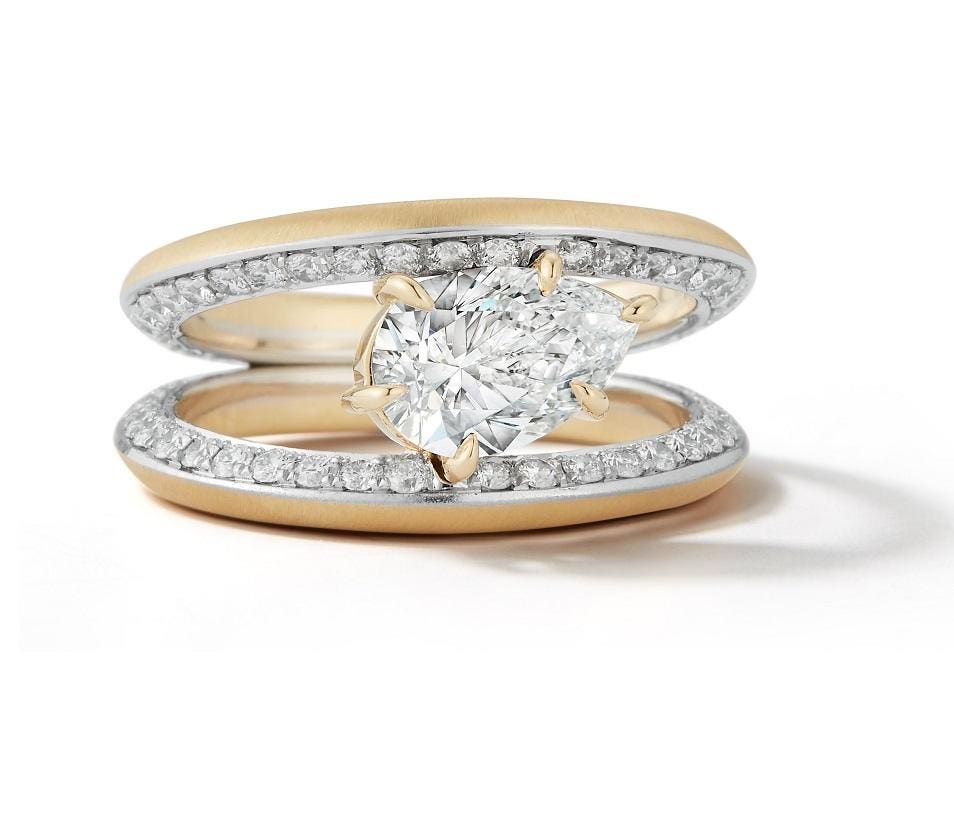 “We are here to celebrate the incredible designs of this amazing community,” said Gannon Brousseau, Couture Show Director and SVP of Emerald Expositions (which owns and operates Couture), during opening remarks. “Whether we’re in the Encore Ballroom, or back in the Encore Theater, nothing could dim the bright lights shining here tonight.” 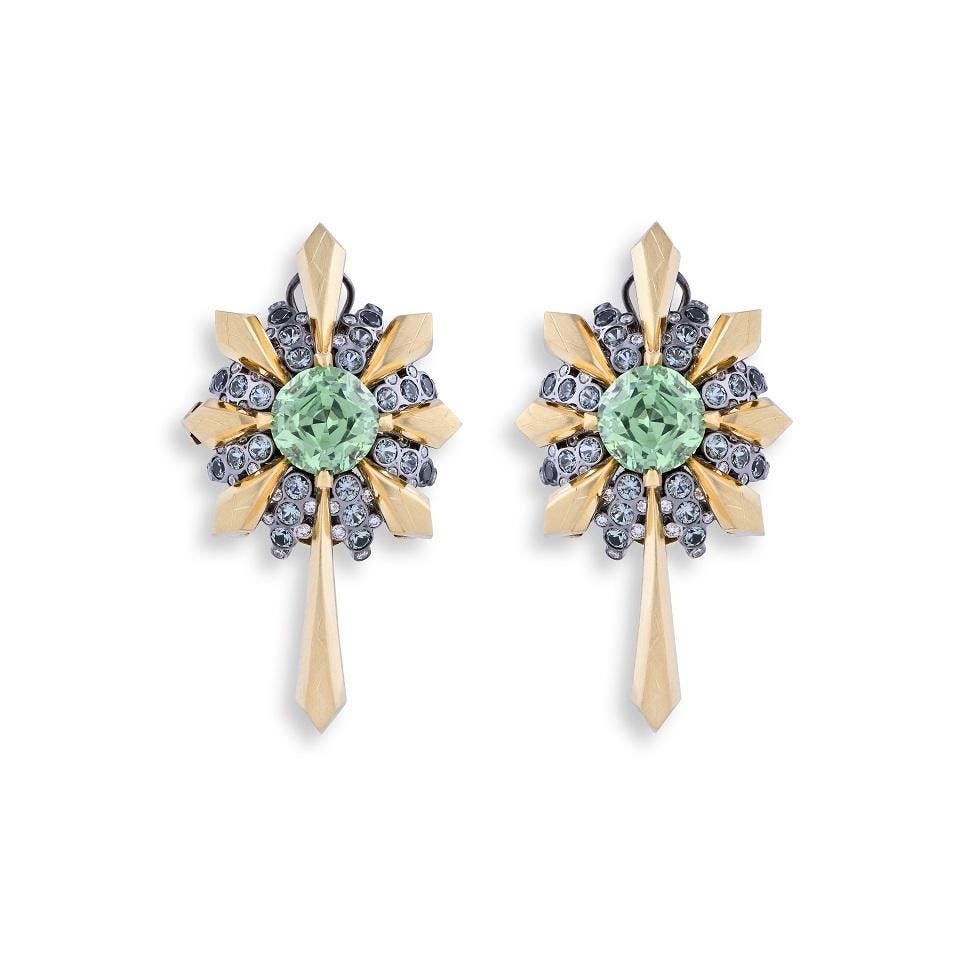 During her acceptance speech, Jade Lustig of Jade Trau, who won the Design Award in the Best in Bridal category, said “I love Mondays. I love waking up and going to work, it doesn’t even feel like work. I love what I do, and I thank you for acknowledging it.” 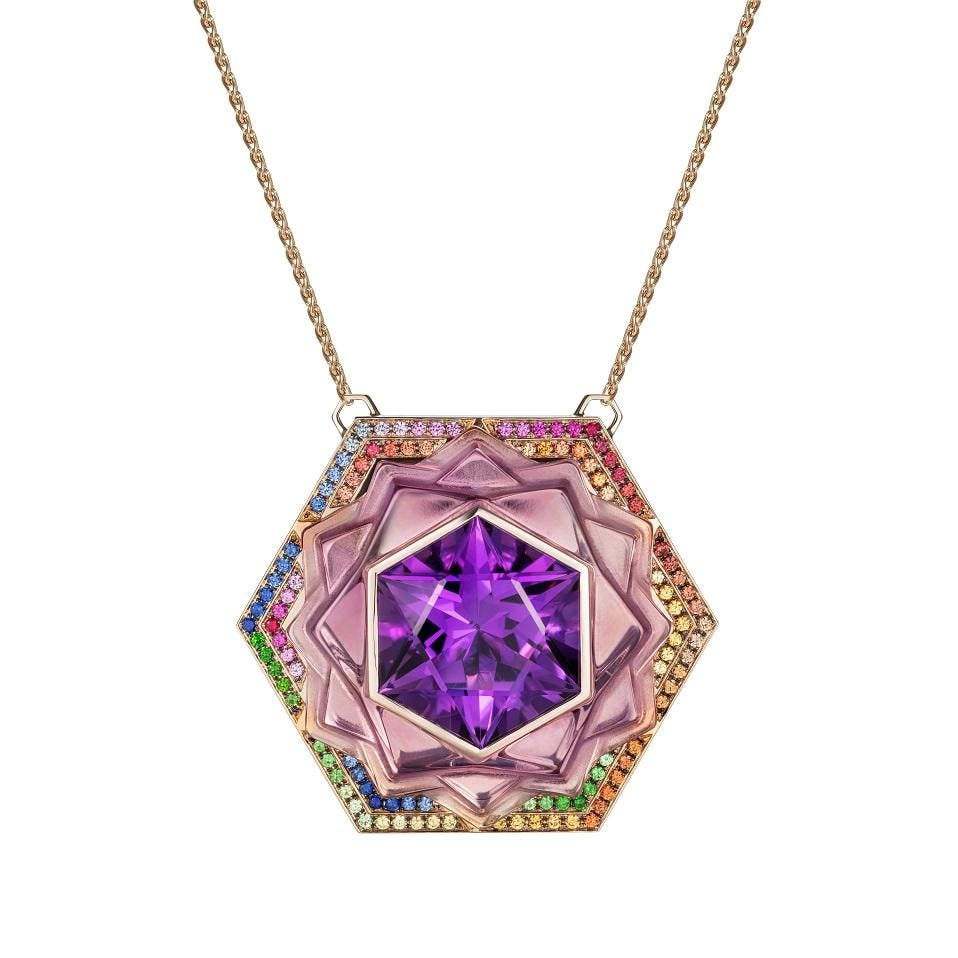 Several of the winning designers recognized the intensity of work involved in creating their design award submissions, and thanked those in their lives who gave them the support to continue to grow their collections. When accepting his award for Best in Colored Gemstones Above $20,000, Adam Foster said: “I’d like to thank my wife, Alice, for not leaving me, my business partners for standing next to me, and my agent, Beth Anne, for not killing me.” 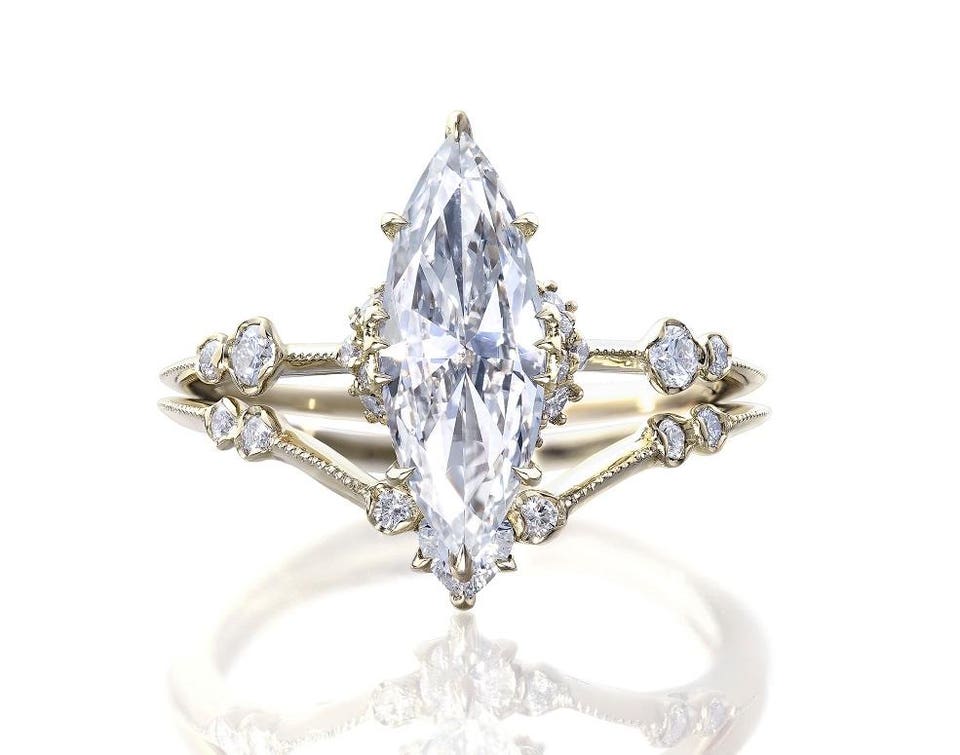 The program introduced a new category this year, “Best in Debuting,” open to designers exhibiting at Couture for the first time. The award includes a $10,000 grant towards their Couture expenses the following year. Ara Vartanian, who may be new to Couture but is a familiar face in the jewelry industry for both his hand-crafted original designs and his collaborations with people like supermodel Kate Moss Brazilian artist Ernesto Neto and Brazilian decorative lighting brand Scatto. 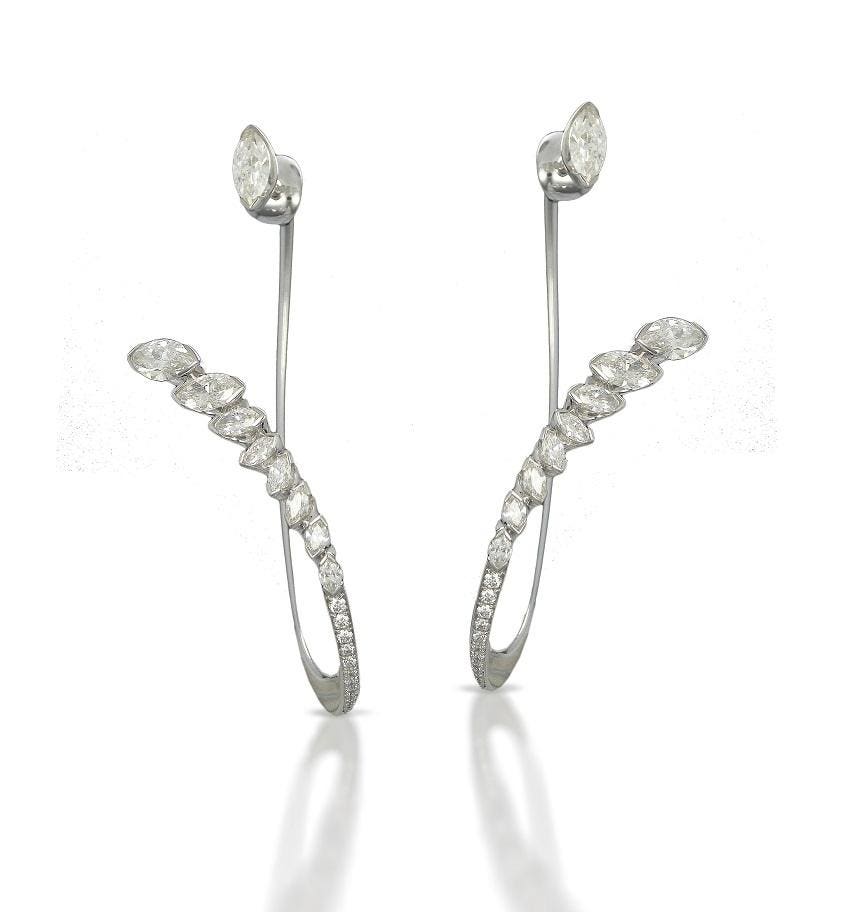 Prior to the official awards presentation, Brousseau presented the inaugural “WTF?! Award” to designer Stephen Webster for a “design disaster” he submitted to the competition. The name of the winner of this tongue-and-cheek award will be engraved on a medallion each year and passed down to the recipient the following year. 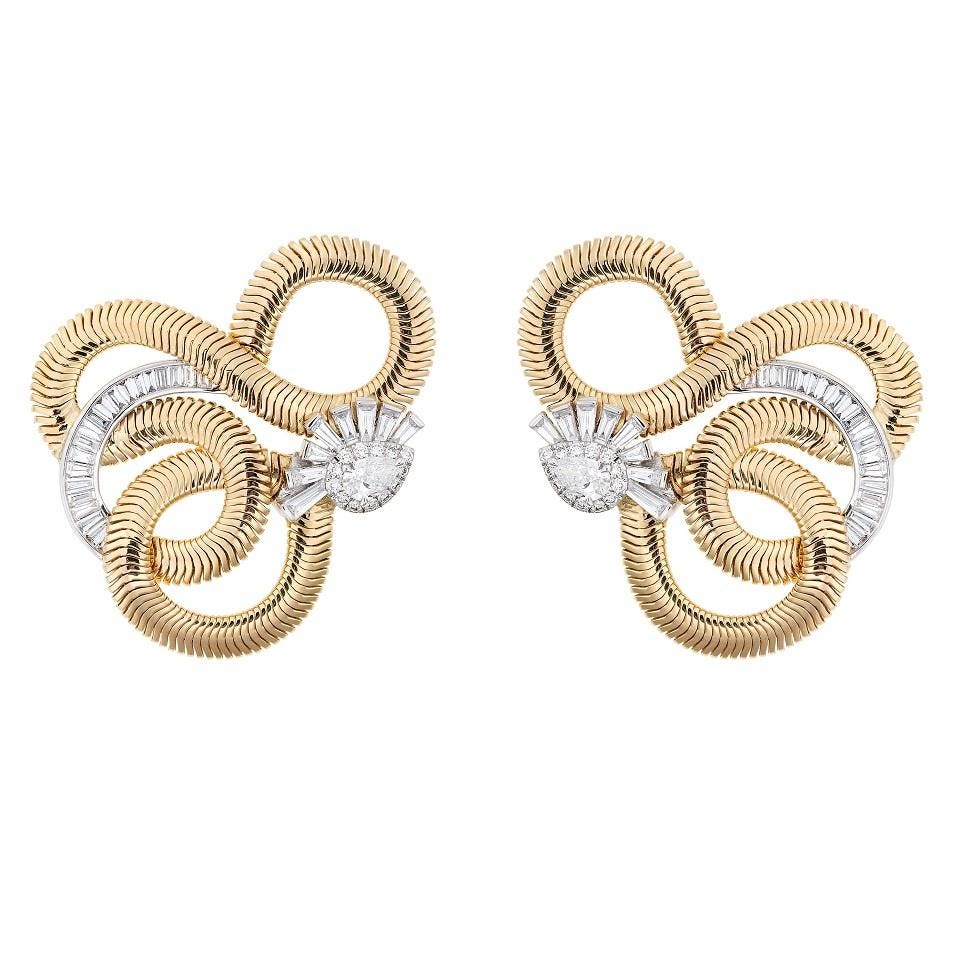 The biggest surprise of the evening came at the end when Michelle Orman was presented with the Cindy Edelstein Award, who was acknowledged “for her hard work and commitment to the industry at large, and specifically the Couture community.” The most surprised of all was Orman as everyone involved managed to somehow keep it a secret from her. 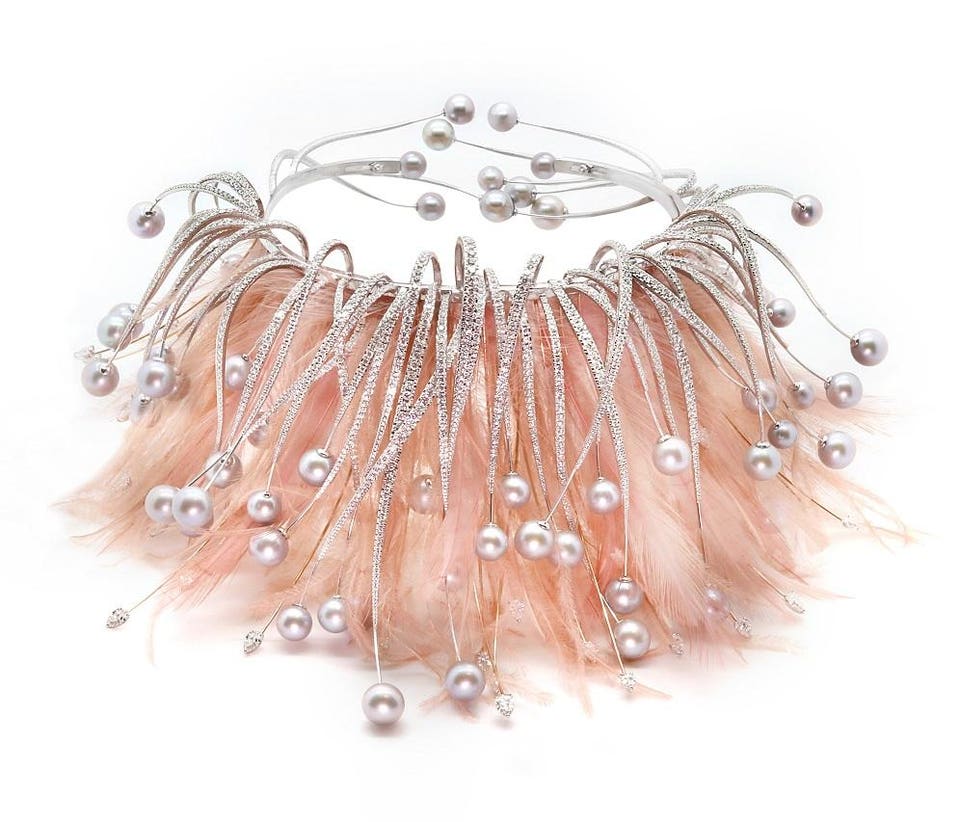 Orman is in charge of public relations for the jewelry tradeshows owned by Emerald Expositions but she does so much more. Her company, Last Word Communications, represents jewelry designers and is advocate for them and the jewelry industry at large. Over the years she has helped launch the careers of several previously unknown designers. Always upbeat, always helpful to everyone she meets and always quick to return an email, she is the personification of this community of jewelry designers. 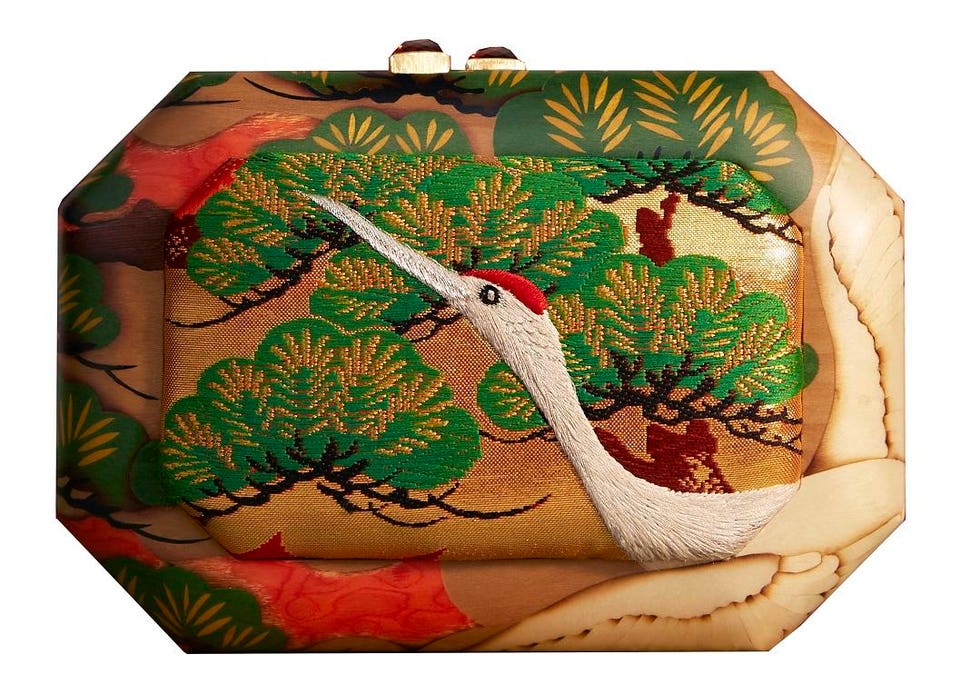 The award she received was named after Cindy Edelstein who worked as a consultant helping an untold number of jewelry designers with their careers since at 1991, when she and her husband, Frank Stankus, founded the Jeweler’s Resource Bureau. Of course it was Orman who was the most instrumental in adding this award to the Couture Design Awards in 2017. The award winners and runner-ups are as follows: 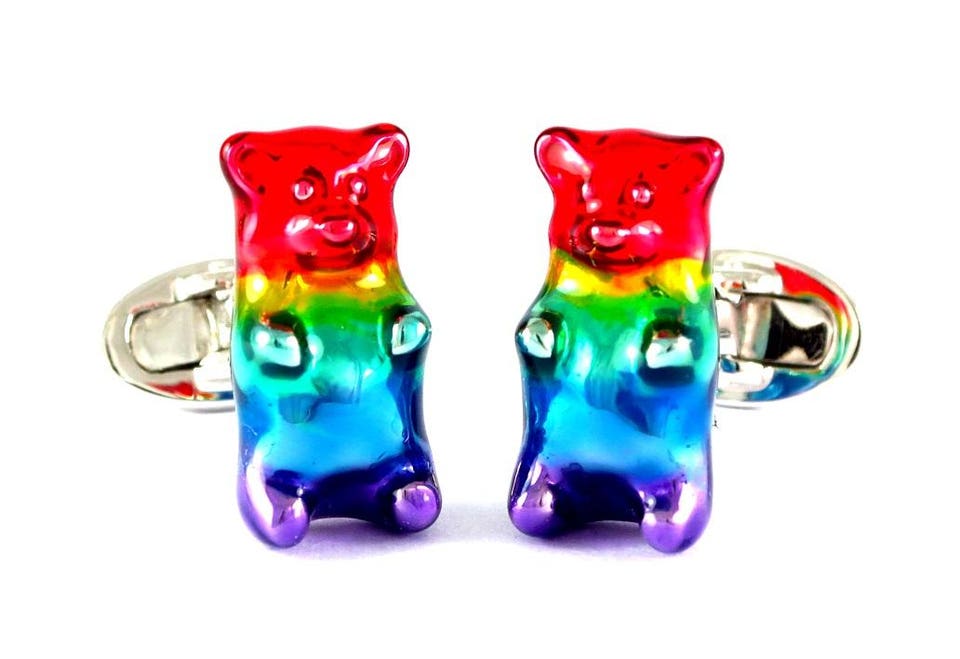