Hilton announced that in 2018 it achieved a fourth consecutive year of record-breaking growth including deals signed, construction starts and new openings, and launched bold corporate responsibility goals while remaining a World’s Best Workplace.

“Hilton was founded on the noble premise that travel can make the world a better place, and 100 years into our journey, this premise still guides us today,” said Christopher J. Nassetta, president & chief executive officer, Hilton. “We have big plans to continue to grow, innovate and positively impact the world around us, and we expect that 2019 will be our best and most dynamic year yet.”

The company recently unveiled The Hilton Effect, a white paper that showcases the world-changing influence Hilton has had during the past century with guests, Team Members, communities and economies.

“During our first 100 years, we have served more than three billion guests and provided $1 trillion of economic impact through a phenomenon we call The Hilton Effect,” said Kevin Jacobs, chief financial officer, Hilton. “2018 is a great example of how we used our scale and our commitment to hospitality to positively impact communities and economies across the globe. In addition to opening more than a hotel a day and achieving almost seven percent net unit growth, our Team Members volunteered more than 235,000 hours across 93 countries during our Global Week of Service.” 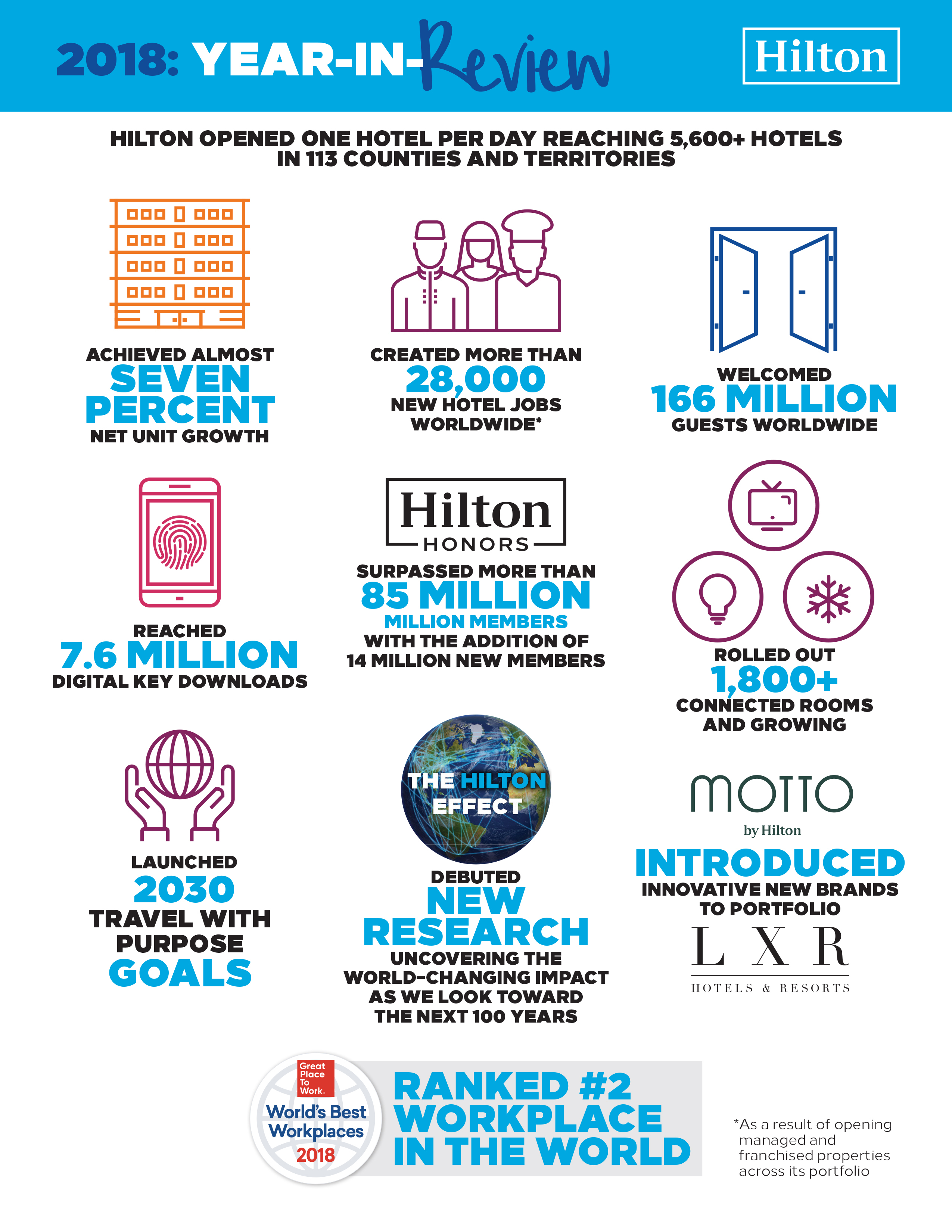 Travel with Purpose: Effect on Communities

Out With the Old, In With the New: Reimagining Hospitality Classics to Adapt to Changing Guest Demands