Marvel invites itself to Disneyland Paris

Disneyland Paris unveils its future attraction on the theme of Marvel and will soon offer a presence of Marvel Super Heroes within the Walt Disney Studios Park. The New York Hotel will close for one year to be renovated and include this theme in the facility.

The President of Walt Disney Parks and Resorts announced, at the D23 Expo Japan, the development projects of Disney Parks including the transformation of the famous “Rock & Roller Coaster” into a Marvel facility. This new thrill ride will accompany Iron Man and the Avengers in a high-speed race.

At the same time, Disneyland Paris unveiled a new concept art for the “Disney’s Hotel New York – The Art of Marvel” which will close on January 6, 2019 and re-open in January 2020. It will have 476 rooms, 65 executive rooms, 15 themed suites, 8 “standard” suites and two presidential suites.

In the meantime, visitors will be able to enjoy their first Marvel experience during the Marvel Superhero Summer, including a special effects and projection show at the Studio Theater. 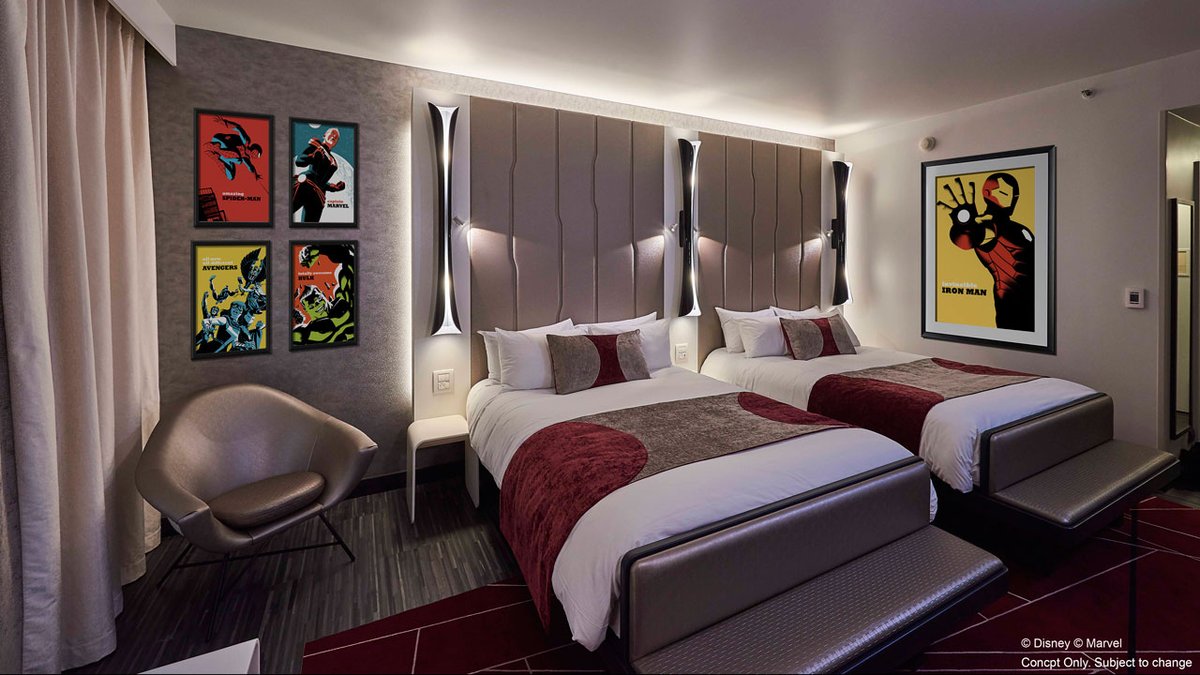 “To find out more about the theme park’s projects: Disneyland Paris: a €2 billion expansion plan”

“With the development of the Marvel franchise within our destination, we are offering our visitors new immersive experiences alongside the Super Heroes and at Disneyland Paris, an increased attractiveness,” says Catherine Powell, President Euro Disney S.A.S.

The Woodlark Comes to Portland