The World’s Most-Visited City Is Bangkok

Mastercard has released its Global Destination Cities Index, which ranks 200 cities around the world with the most international visitors. The list is based on the card issuer’s proprietary analysis of publicly available spending data and visitor numbers. The results, which include information on the most-visited cities as well as consumers’ spending habits, are telling.

All the cities in the top 10 hosted more international overnight visitors than last year, except for London, which saw a four percent drop. The forecast for 2019 also predicts growth for the coming year, with Tokyo experiencing the largest uptick as a result of hosting the upcoming 2020 Summer Olympics.

The report also looked at the past 10 years of data to pick out a couple other interesting trends. First, growth in international travel has been consistent, with arrivals compounding at 6.5 percent year-over-year since 2009, and spending growing an average of 7.4 percent per year. 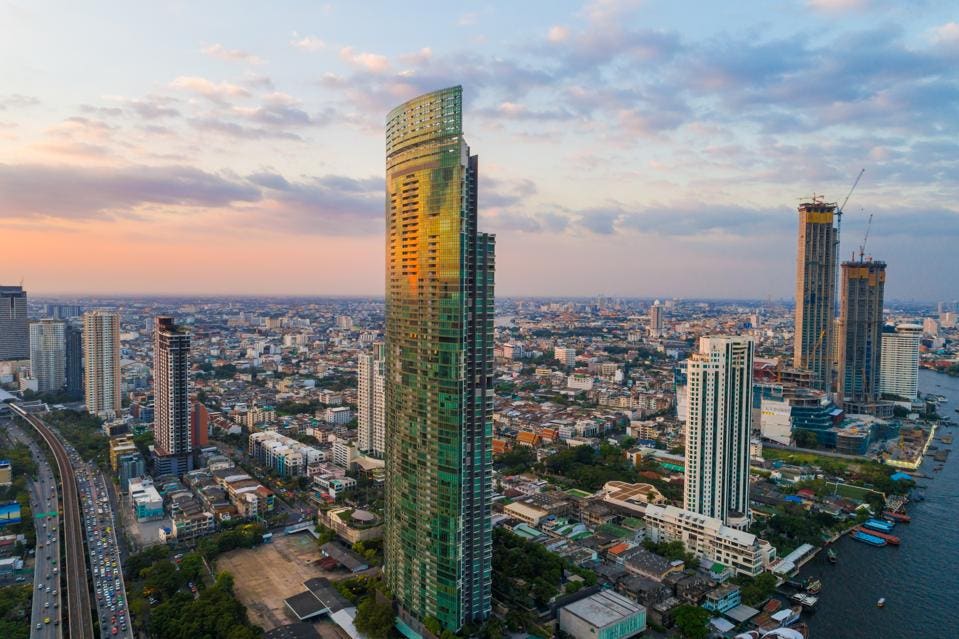 Despite the increasing popularity of smaller cities, major metropolises have maintained their dominance on the list, and the top 10 destinations have remained mostly consistent over the past decade. To wit, Bangkok, London and Paris have been the top three cities every year since 2010, with Bangkok ranking at number one six out of the seven past years. New York is also a fixture on the top 10 list, with 13.6 million overnight visitors in 2018.

Finally, cities in the Asia-Pacific region have experienced the largest increase in international visitors since 2009 with an average 9.4 percent growth rage. By comparison, Europe, which ranked second, only grew 5.5 percent. Mastercard attributes this growth mainly to the explosion of Mainland Chinese travelers – the country has jumped up from eighth to second place among the countries of origin to the 200 destinations ranked in the study. The only country that sent more travelers out into the world was the U.S.

With all that in mind, here are the rankings of the top 10 global destination cities of 2018.

Travelers spent the most nights on average in Antalya – 14, to be exact – followed by New York with 7.9 nights, London and Istanbul with 5.8 nights, and Kuala Lumpur with 5.7 nights.

As for dollars spent over the year and per day, here were the top 10 cities.

The top 10 cities by visitor numbers include destinations that attract a mix of business and leisure travelers and are also major international gateways both for international flight routes as well as connecting travel within their respective regions. 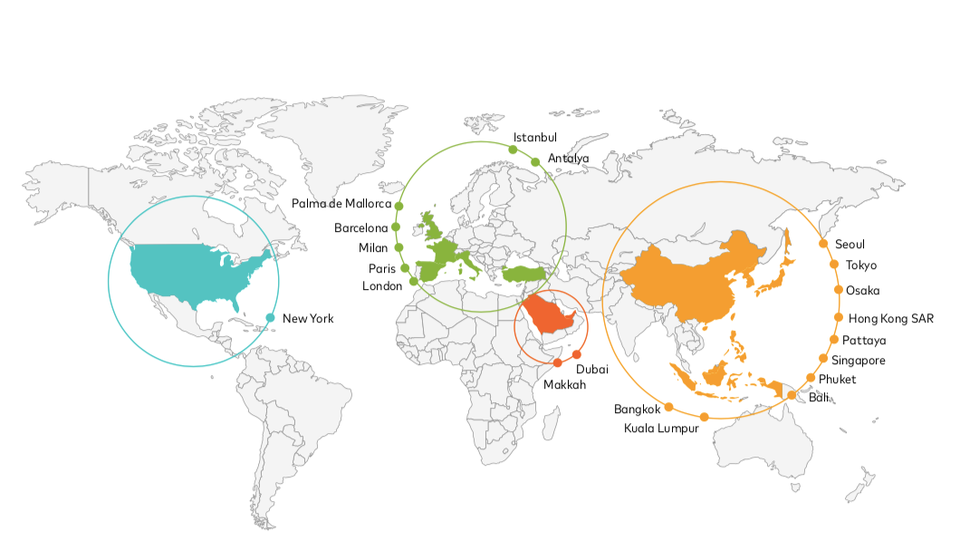 The overlap with the spending list is just seven cities, with Makkah, Palma de Mallorca and Phuket knocking out more business-driven destinations thanks to strong leisure markets.

Also worth noting is that Mastercard projects 10.02 percent year-over-year growth in visitor numbers and 12.74 percent in spending in Tokyo for 2019, the highest of the cities on the list, but also 9.87 percent for Kuala Lumpur and 8.14 percent for Istanbul. Phuket and Bangkok should also see strong spending growth for 2019, with 9.16 percent and 8.67 percent, respectively.

Mastercard utilized third-party data and conducted its own analysis to determine the numbers for 2018 as well as its 2019 projections. As with any study of this kind, however, the eventual statistics are sure to be affected by geopolitical developments, economic news, and events within the aviation and hospitality industries. Still, certain trends pinpointed seem sure to continue, including the explosion of travel by the Mainland Chinese population, both within the Asia-Pacific region and beyond, and the dominance of major international cities of the overall most-visited list.

The challenges these cities will confront in the face of ever-increasing numbers are myriad. Among them is developing the infrastructure to handle all these new visitors including public transportation and accommodations, providing amenities and services for travelers from new regions to take advantage of, and broadening security policies and procedures to ensure the safety of their populations and visitors. Equally important will be providing outlets and goods through which they can capture those hard-earned traveler dollars.

Looking at trends from the past decade of international travel should be especially useful for accomplishing these goals as well as directing the experience and nature of the travel experience for the many more international visitors cities across the globe are sure to welcome in the future.

7 Skills To Help You Close More Business At Your Hotel