Who Came Up with Eggs Benedict? 8 Dishes and Cocktails Born in Hotels

Innovation may be a hotel buzzword du jour, but it’s hardly a new idea. Especially in the food and beverage department. A gastronomic cruise through hospitality history shows that many of today’s staple treats originated in the minds of barmen and maître d’s. 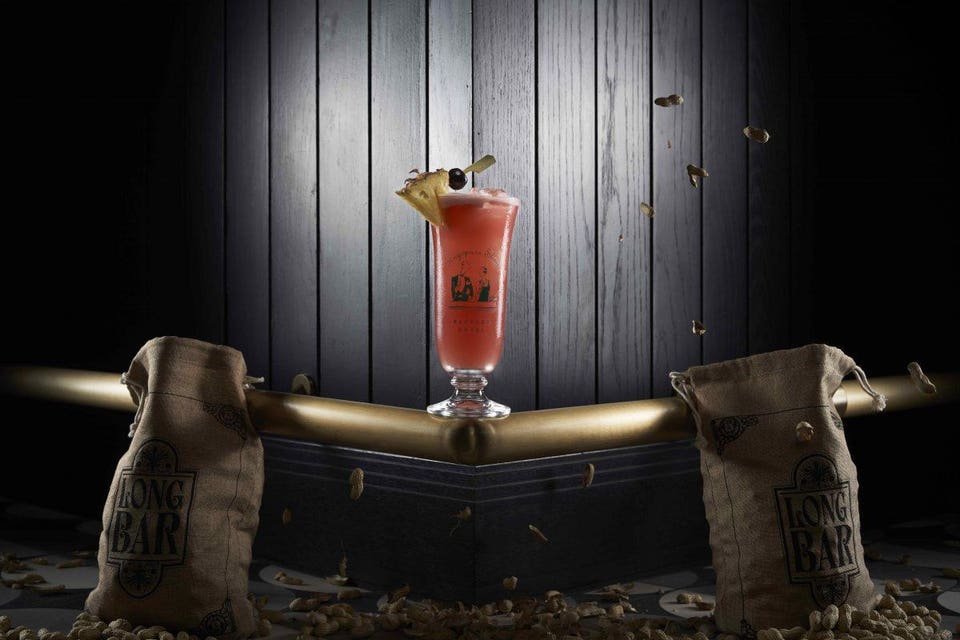 Widely regarded as the national cocktail of Singapore, the Singapore Sling was created in 1915 for the historic hotel’s Long Bar. At that time, ladies were not allowed to drink alcohol in public. Hainanese bartender Ngiam Tong Boon decided to make a cocktail that looked like fruit juice but was full of gin and other liqueurs (notably Curaçao and Bénédictine). With cherry liqueur and grenadine, he made it pink to give it a feminine flair. 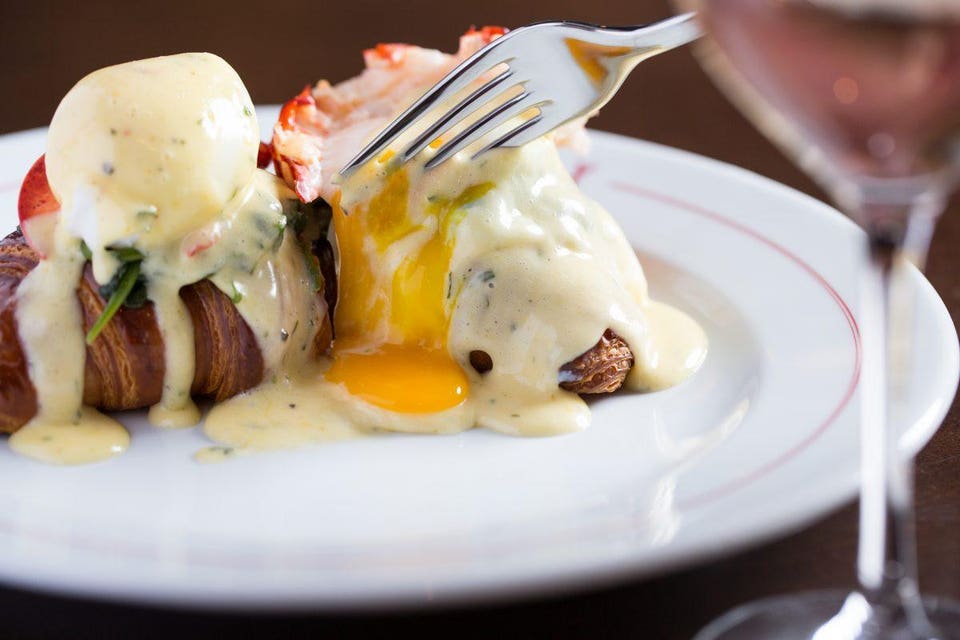 While they don’t outright claim it, a spokesperson says that “strong evidence suggests” that this brunch classic originated at the hotel in 1894. Inventive maître d’ Oscar Tschirky—also the brains behind the classic Waldorf Salad of apples, celery and mayonnaise—came up with the idea when a guest by the name of Lemuel Benedict checked into the hotel in dire need of a cure for his hangover. The result: buttered toast, poached eggs and bacon topped with hollandaise sauce, a classic recipe that has seen thousands of variations since its inception. 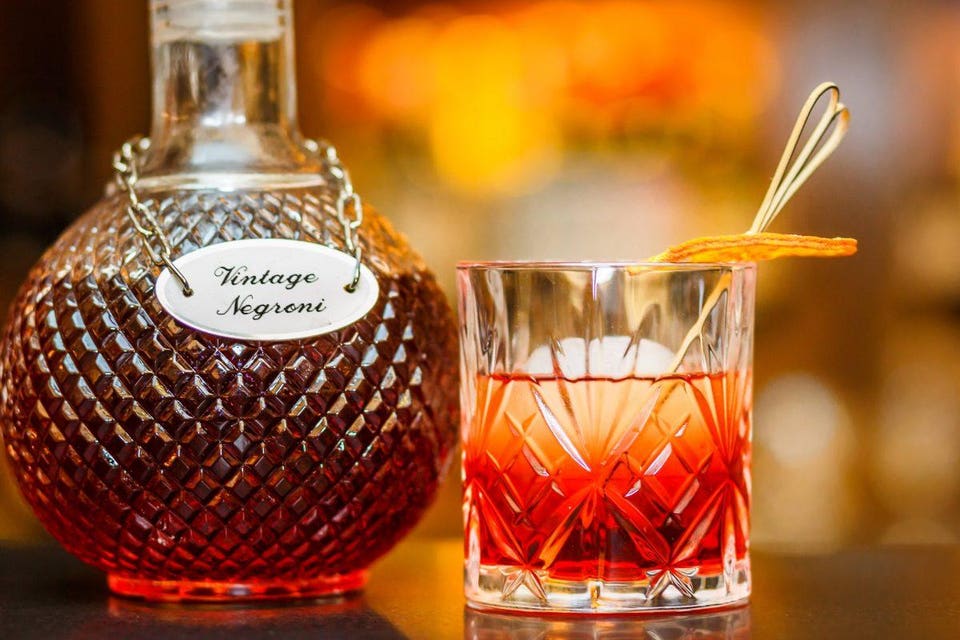 Granted, this hotel (in a Medici palace!) didn’t exist when Count Camillo Negroni first ordered the cocktail that came to be his namesake. But it’s awfully close to the site of the long-gone Caffe Casoni, where in 1919 he ordered a stronger take on the Americano (equal parts Campari, sweet vermouth and club soda) and the barman obliged by replacing the soda with gin. The Four Seasons has fully embraced that piece of history, with a trolley service to prepare various takes on the now-classic cocktail, barrel-aged Negronis in the Atrium Bar, and bottled versions on pretty display in all the guest rooms. 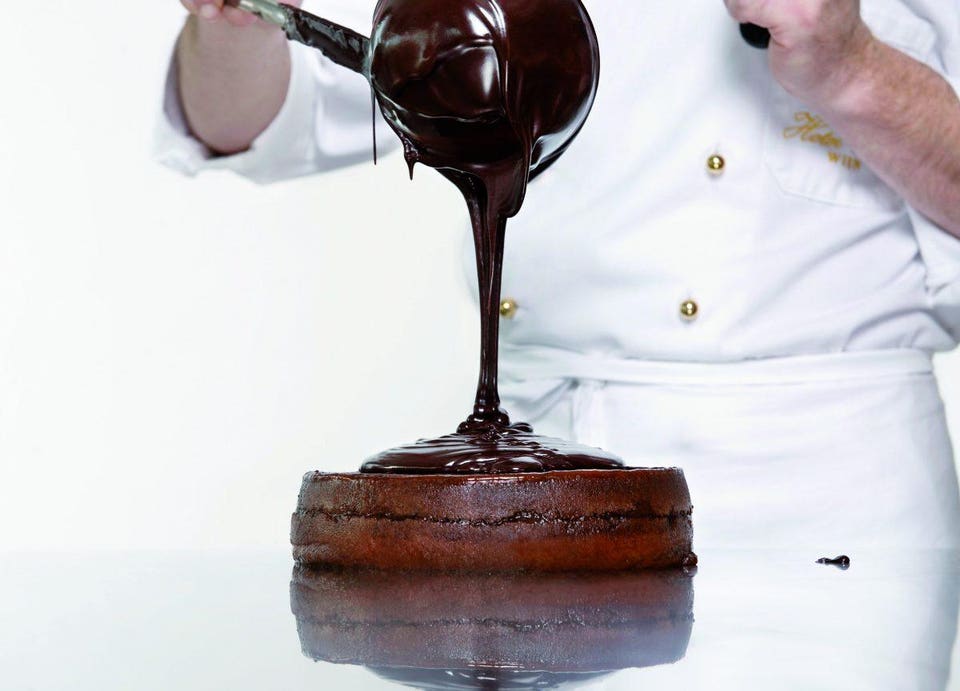 As the official lore goes, an accident may have made history, but now the Original Sacher-Torte is a registered and protected trademark. That goes to show how fiercely proud the hotel is of its inadvertent delicacy, which arose in 1832. One day that year, the court of Prince Metternich wanted a dessert to be created for discerning guests. His chef de cuisine was ill at the time, so apprentice Franz Sacher filled in. The young man created “a wonderful cake that left nothing to be desired.” The recipe is kept in a safe, but it involves fresh, free-ranch eggs and various kinds of premium chocolate. When Franz’s son Eduard opened the Hotel Sacher, he became the purveyor to the Imperial and Royal Household. Even though some 360,000 tortes now leave the manufactory each year, there is still a precise sequence of 34 steps that is used to handcraft each one. 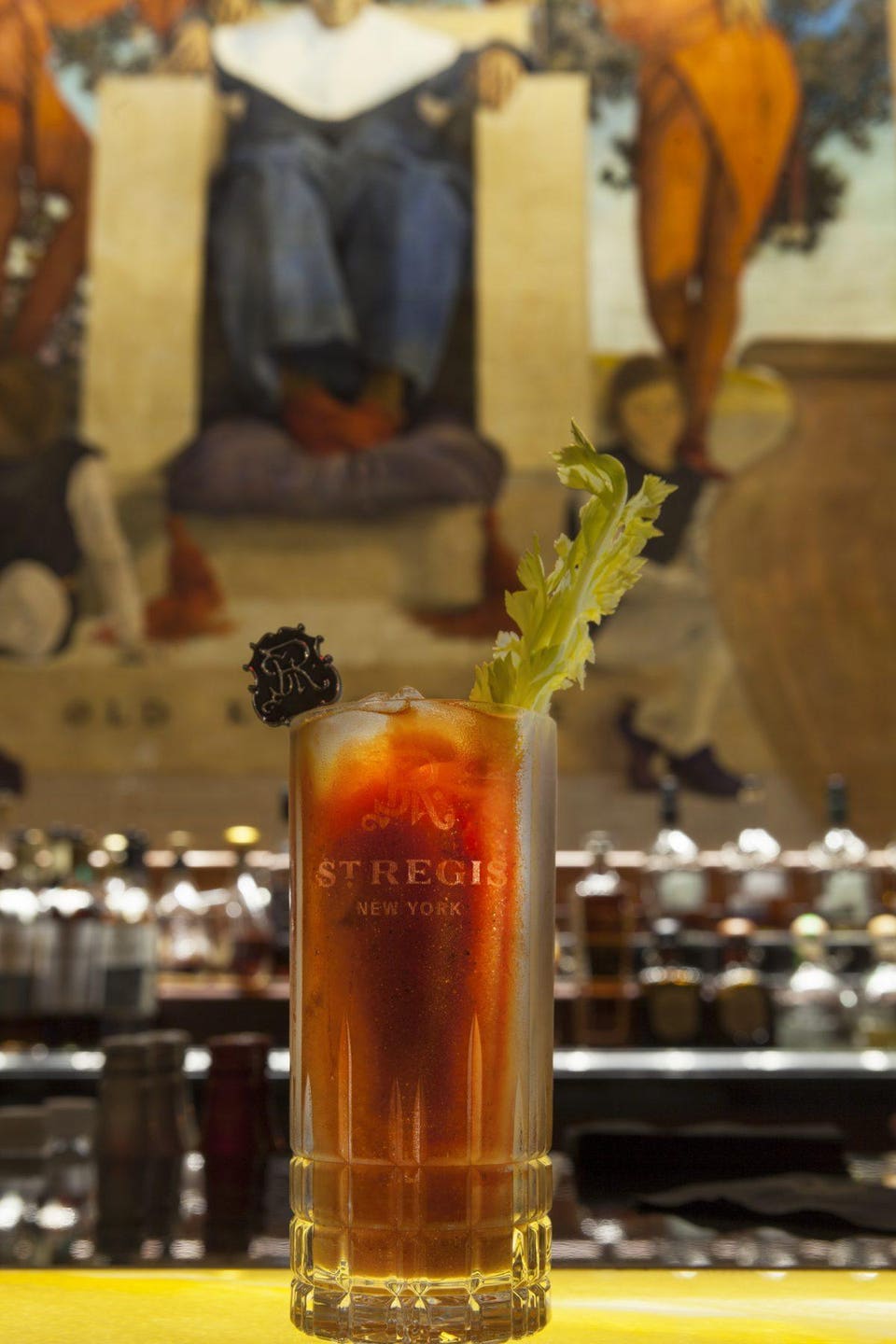 When St. Regis bartender Fernand Petiot perfected this recipe, in 1934, social mores deemed the name “Bloody Mary” too vulgar for the hotel’s elegant King Cole Bar. Even now, it’s officially the Red Snapper, but everyone knows the drink by its more common name. Petiot put it together when Serge Obolensky, a well-known man about town with a penchant for vodka in line with his Russian heritage, asked him to make a cocktail like one he had tried in Paris. Petiot combined vodka, tomato juice, salt, pepper, lemon and Worcestershire sauce. Now it is the signature drink of all St. Regis hotels, and it has been endlessly embellished all over the world. 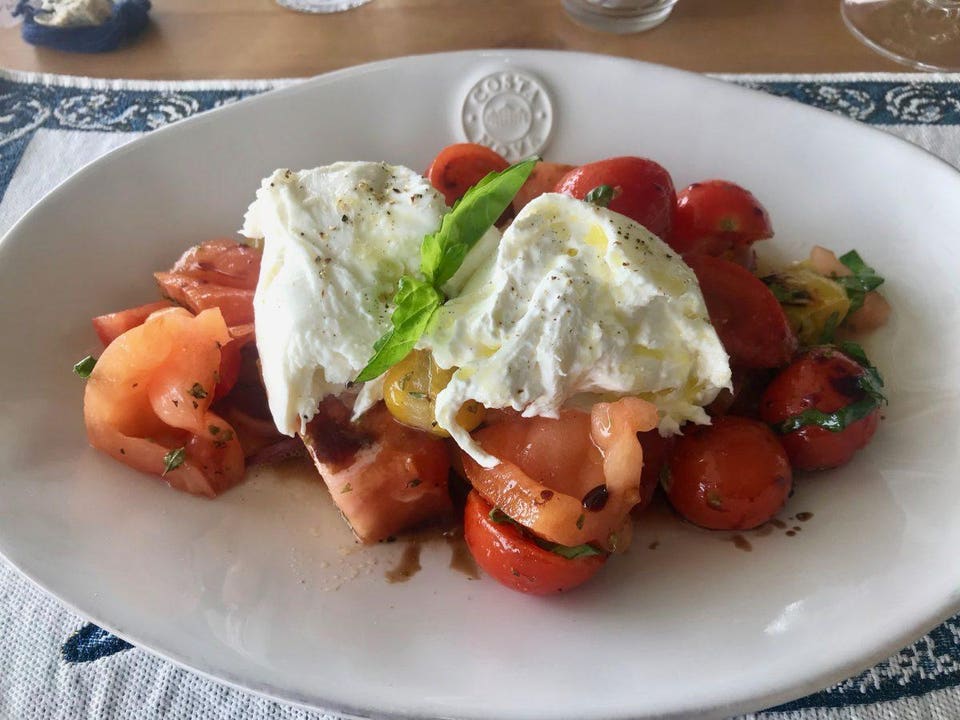 A modern take on the Caprese salad

For centuries, Italians have grown tomatoes and basil and made mozzarella from the milk of buffaloes. Probably plenty of nonnashave assembled the ingredients as a fresh antipasto. But it became known as the Caprese in the early 1900s thanks to a large dinner hosted by the Grand Hotel Quisisana, in the heart of Capri. The dinner was in honor of the poet Filippo Tommaso Farinetti, the founder of “Futurism.” Since he did not care for traditional cuisine, the chefs surprised him with the patriotic dish, whose colors match the Italian flag. 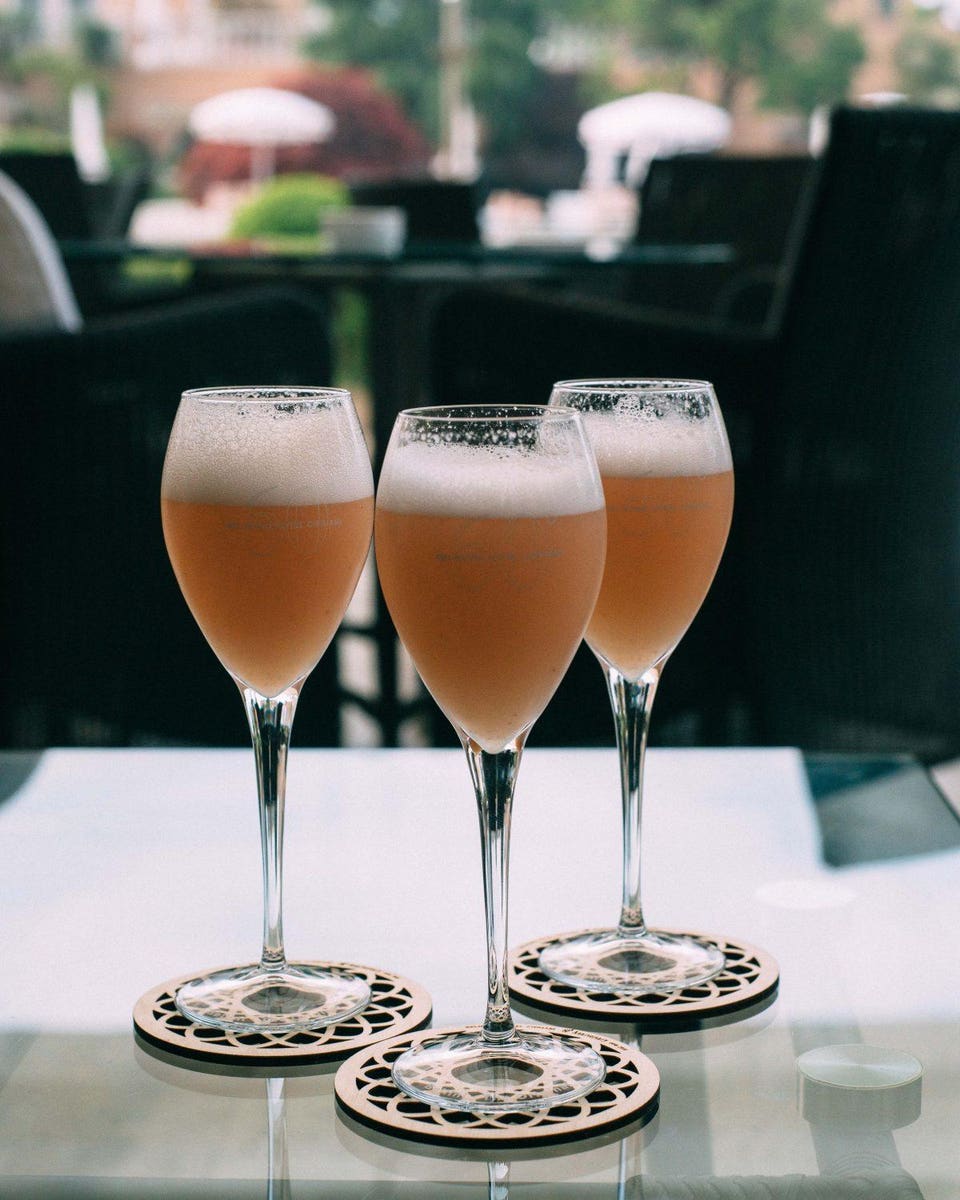 The city’s signature cocktail, made of peach juice and prosecco, was the work of Giuseppe Cipriani, the founder of what is now the Belmond Hotel Cipriani, in 1948. Now the drink is on brunch menus the world over, but few versions compare to the ones at the source: Cipriani’s protégé Walter Bolzonella has been the hotel’s bartender for more than 40 years, and he has kept his promise to avoid deviating from the original recipe. He always uses fresh, ripe white peaches. 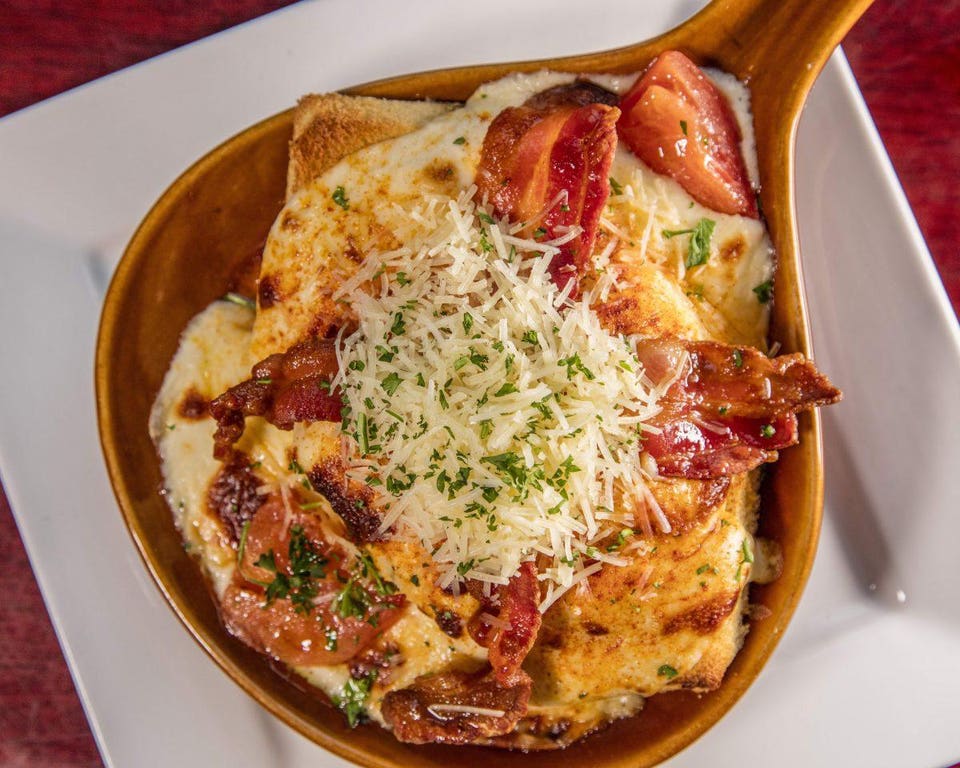 Executive chef Fredrick Schmidt invented this sandwich in 1926, in hopes of keeping the ballroom dancing party going during the winter. (Prior to that, people would leave during the band’s breaks, since the only food offered was scrambled eggs and ham or a club sandwich.) Because it was the holiday season, turkeys were widely available, so Schmidt placed sliced turkey on bread, covered it with cheese and Mornay sauce and popped it under the broiler. The maître d’ thought it needed more color, so he added bacon and pimento on top. Now the hotel sells more than 27,000 Hot Browns a year, with 1,000 for Derby weekend alone.

Honorable mentions: The Waldorf Astoria New York is also credited with creating room service in the 1930s to protect the privacy of its high-profile guests. And its current parent company, Hilton, is said to have globalized the minibar, starting at the Hong Kong Hilton in 1974.

Innovative Hotel Design Trends to Watch for in 2019